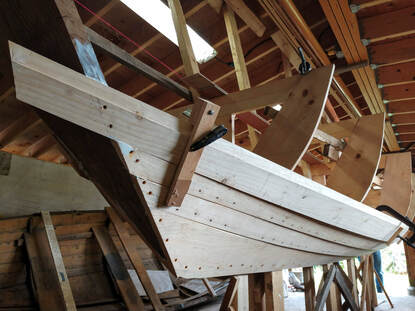 Build a boat one day, one phase at a time

HANDS ON BOATS is designed for adults who are interested in wooden boats and want to be part of constructing a new boat while learning-by-doing alongside a master boat builder.

HANDS ON BOATS participants are constructing a replica Piscataqua River Wherry based on the lines taken off of an historic vessel, which is part of the Strawbery Banke Museum collection.

Past participants documented the historic vessel, lofted the new boat and created the patterns and molds, constructed the stem and transom and began the planking.

The completed boat will be raffled off. 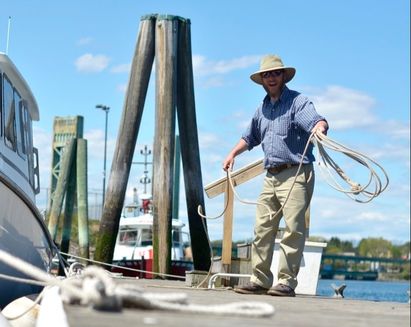 Photo by "Raya on Assignment"
About Nate Piper

Nate is the owner of Piper Boatworks in Rye, NH and director of The Boatshop at Strawbery Banke.

Over the past 20 years, he has been involved with wooden boats of all shapes, sizes and ages. In addition to his current involvement with The Boatshop at Strawbery Banke, he restores and builds new boats in his own shop, including MerryMac sailboats, Nate previously served as the project manager for the construction of the new gundalow Piscataqua. Nate has also worked on the rebuilding of the Boston Tea Party ships in Gloucester, Massachusetts; worked with Harold Burnham on the construction of the Schooner Yacht Isabella in Essex, Massachusetts; and worked on the construction of Kalmar Nyckel, Delaware's Tall Ship.

Nate once sailed aboard the HMS Bounty as Crew and ship's carpenter and both sailed as crew and worked on a major refit of Martha Lewis, a Chesapeake Bay skipjack.

Nate is a graduate of the Landing School of Boat Building and Design in Kennebunkport, Maine.